We are delighted to welcome multiple award winning set designer, Eugene Leveque to offer this excellent all day workshop on set design.

Scroll down for the registration form.

Part One:  Creating an Environment

Set Design is about making choices as to how a play is to be presented. This workshop, the first of two separate parts, concentrates on getting a set design accomplished and explores the decisions that must be made to achieve that.

Part Two:  The Rest of the Story

Once the Set Designer and the Director agree on the set concept, it is the Set Designer‘s job to create the visual communications to the rest of the production team through construction plans, models and continuing support.

Scroll down for the registration form. 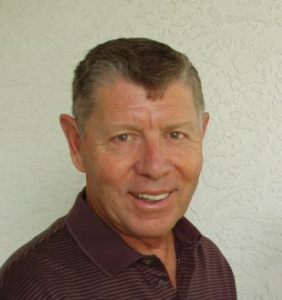 Gene has been involved in local community theatre for over 40 years, originally heading up set construction for Theatre Kelowna Society, including some of the big TKS musicals such as Jesus Christ Superstar, Guys & Dolls and South Pacific. Since 2000, he has concentrated on set design working with Theatre Kelowna Society (Sinners, Jack & the Beanstalk, Sound of Music); Creekside Players, Winfield (Garage Sale, Crossing Delancey, A Boy Comes Home-Wurzel Flummery and ART); Shakespeare Kelowna (Henry IV [Part 1], A Toast to Shakespeare, As You Like It, Romeo & Juliet, and Hamlet); Vernon Powerhouse Theatre (Chapter Two, Hayfever, Yesteryear, It Runs In The Family, Same Time Another Year, The Monument, Lend Me A Tenor, It‘s Snowing On Saltspring, Annie-the Musical, Death Trap, A Flea in Her Ear, Having Hope at Home, and Unnecessary Farce); Many Hats Theatre Company, Penticton (Concept designs for Sexy Laundry & Same Time Next Year); Kelowna Actors Studio (The Wizard of Oz) and Bumbershoot Theatre (Around the World in 80 Days). In the last year and a half, he has been working with the Okanagan Symphony Orchestra and Bumbershoot Theatre designing and constructing the sets for the Opera Hansel and Gretel and recently for Peter and the Wolf. He has also been working with Ballet Kelowna’s production of A Streetcar Named Desire.