In Memory of Patrick Allwood 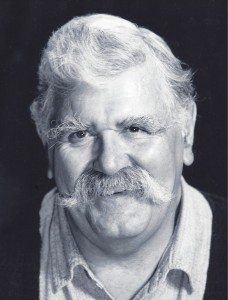 Patrick Allwood died on May 20, 2015. He was born in Victoria, BC, on September 23, 1934 and grew up in Revelstoke and on Vancouver Island, attending Qualicum College Boarding School.

He worked for CP Air, serving as General Manager in Lima, Peru. In 1966 Patrick married Erika from Germany, and, while in Peru, their children Kevin (who died in 1989) and Tessa were born. Patrick and Erica moved to Salmon Arm where they owned and operated Salmon Arm Stationery from 1974 to 1995.

Patrick loved the theatre and acted in or directed many plays. His enthusiasm led to his career as Town Crier for Salmon Arm to to entertaining children as Santa Clause over many years. Music and bicycling were an important part of his life.

Patrick was active in the community, serving as president of the Downtown Improvement Association and was a founding member of the Shuswap Art Gallery.

Most recently Patrick was a founder and active participant in Shuswap Theatre’s Laughing Gas Improv Troupe. He also initiated two radio plays recorded for the Voice of the Shuswap radio station.

Patrick will be remembered for his unique laugh (you always knew when Patrick was in the house), for his passion for theatre and for the colorful characters he brought to life.