Devon More is Back!

Meanwhile, while manning the merch table, a quantum physics Ph.D. student is warping space-time while heavily under the influence (of Stephen Hawking…). Quarks, quirks and the substance of sound collide in an unexpected musical journey into the nitty gritty of the itty bitty.

Theatre on the Edge audiences will remember Devon More’s 2016 Cold War Cabaret, Berlin Waltz, as one of the best TotE shows we’ve hosted. We’re delighted to welcome Devon back fresh from an eight city cross Canada tour with her new show Flute Loops. This not-to-be-missed performance will play at Shuswap Theatre Friday, August 31 at 7:30.  Tickets are only $12 available at the door only.

With her masterful blend of musical storytelling (Plank Magazine) multi-award winner Devon always delivers much MORE than just music. Flute Loops is a riveting and comedic subatomic pop opera boldly exploring quantum mechanics, the principle of uncertainty and the philosophy of science. (CBC)

Devon More was voted Best Performer at BC’s Hydra Festival in May. Flute Loops was a CBC Critic’s Pick in Winnipeg (July) and was named Runner Up for the Mainline Creativity Award at the Montreal Frankie Awards in June.

This is a one-of-a-kind show you won’t want to miss! 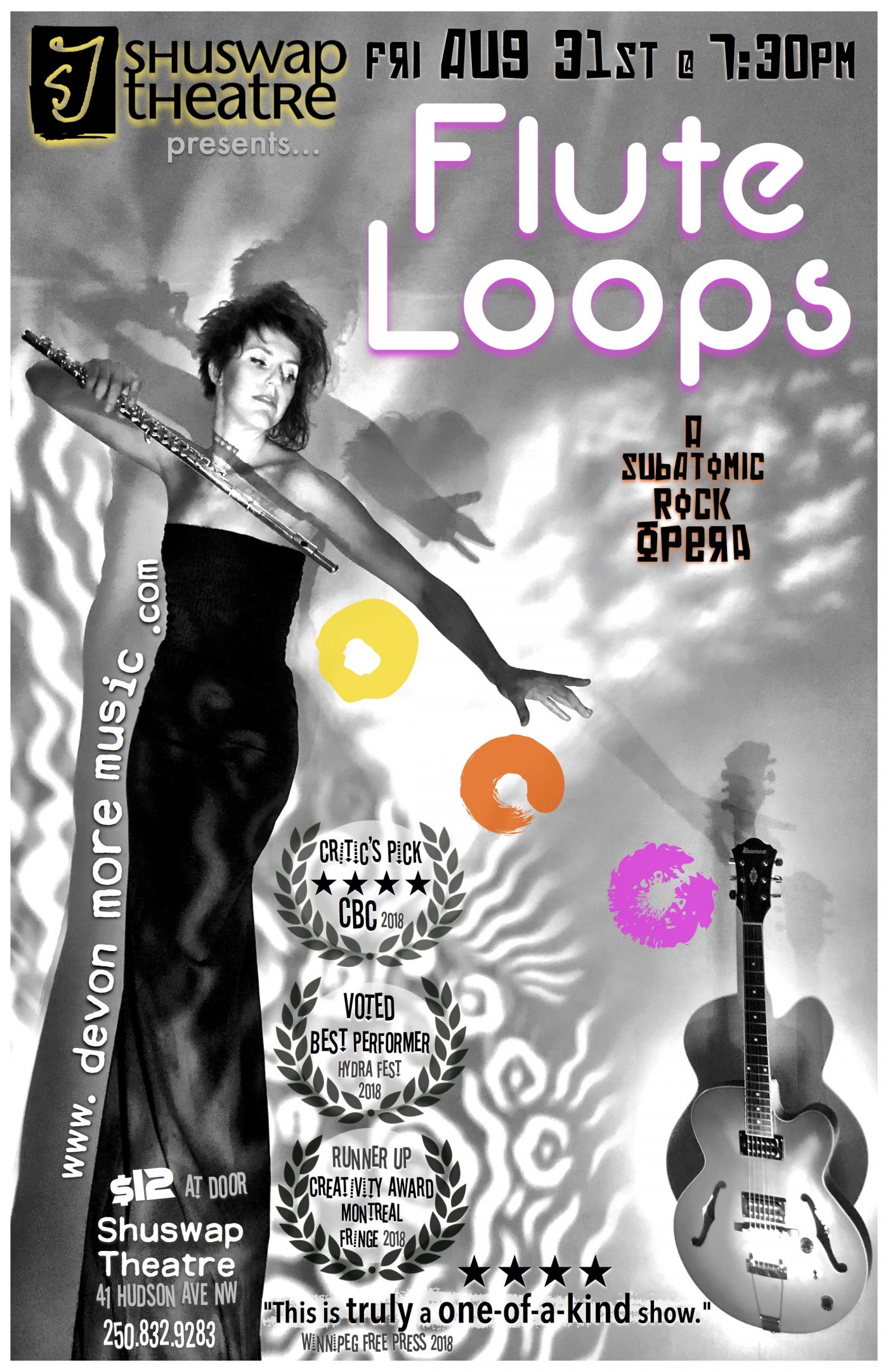 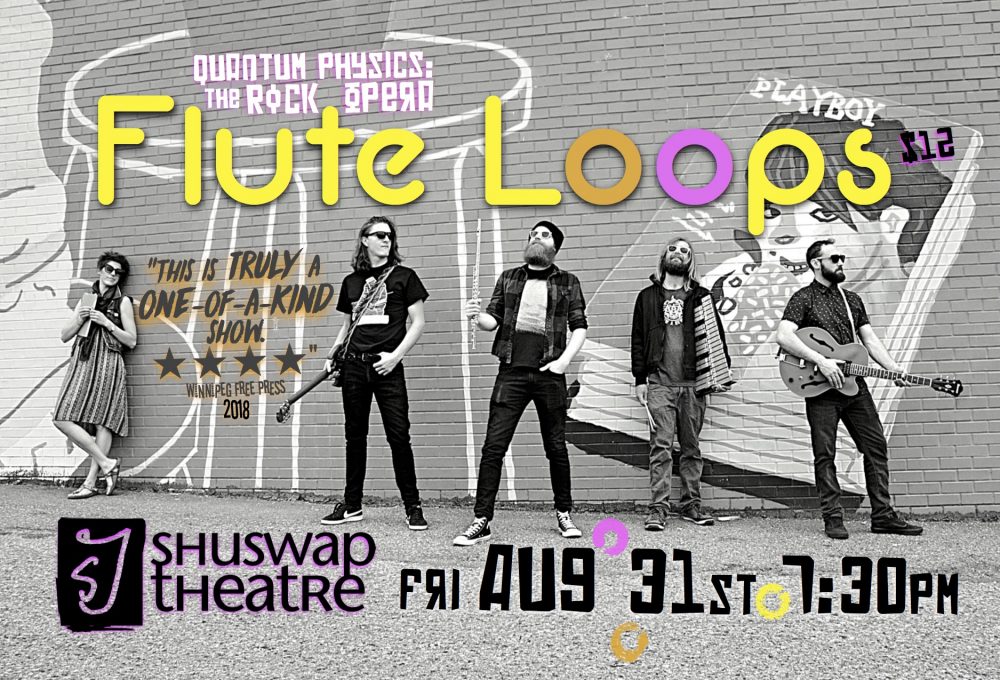