Want to be in a Play? 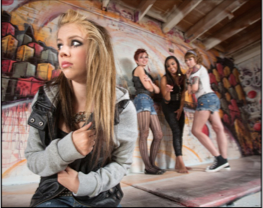 Shuswap Theatre is holding auditions for Stereotype High, a comedy/drama about the challenges of being in high school.

There are 8 main roles for teens aged 15 – 18 (could cast people in early 20’s). There are also seven smaller roles, some non-speaking roles (adults and various ages) and there are parts for crew members (who are also part of the show).

If you like to work behind the scenes or would like to learn about such things as lighting, sound, costumes, etc., we will pair you with a mentor.