Devon More is back with her hit performance of Berlin Waltz just a few months after her sold out performance here of Flute Loops. A young woman on her bicycle retraces the 100-mile route of the Berlin Wall, relives the History of its Rise and Fall, and confronts the subsequent Impact of the victorious West on Berlin’s rapidly changing, living & breathing cityscape. Piece-by-piece, Devon More assembles her Wall of Sound onstage using an electronic loop pedal to live-mix her strange arrangement of musical instruments – including flute, electric guitar, and glockenspiel. A crowd favourite at the 2016 Theatre on the Edge Festival.

More about the Artist and Berlin Waltz 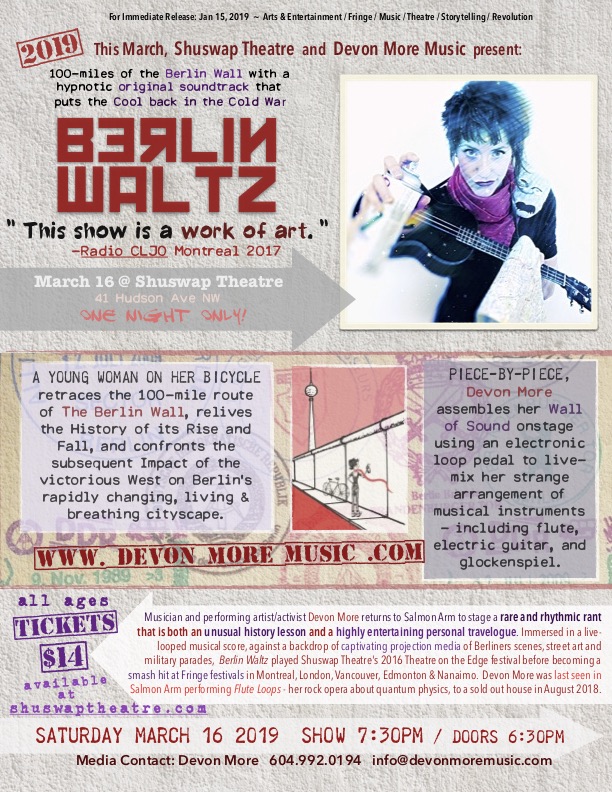 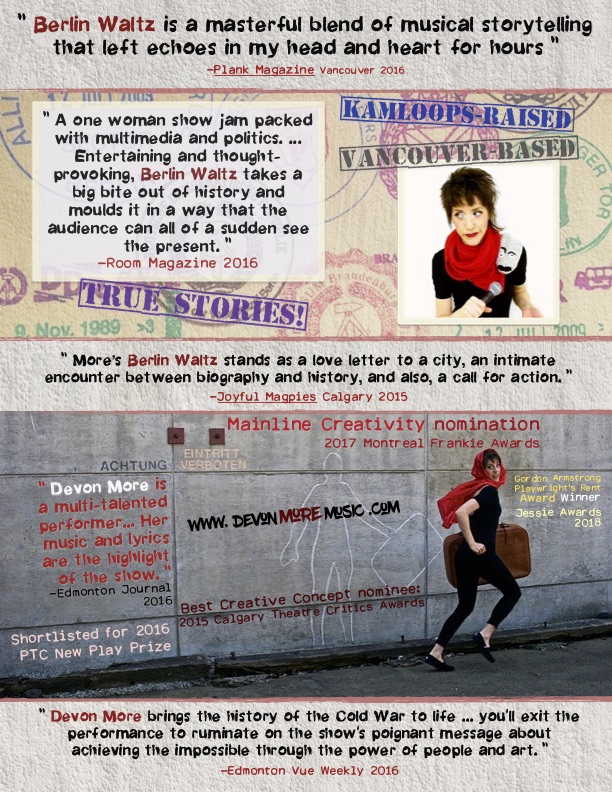 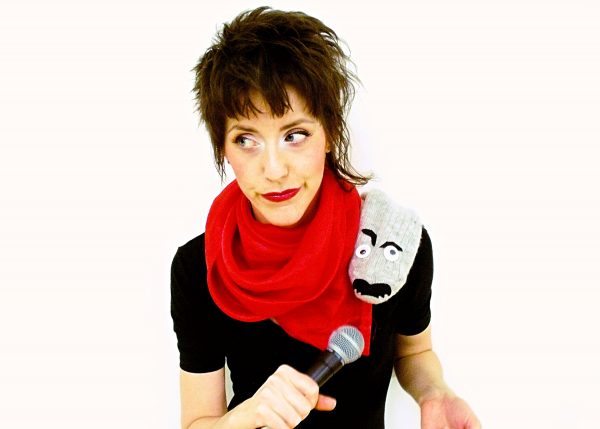 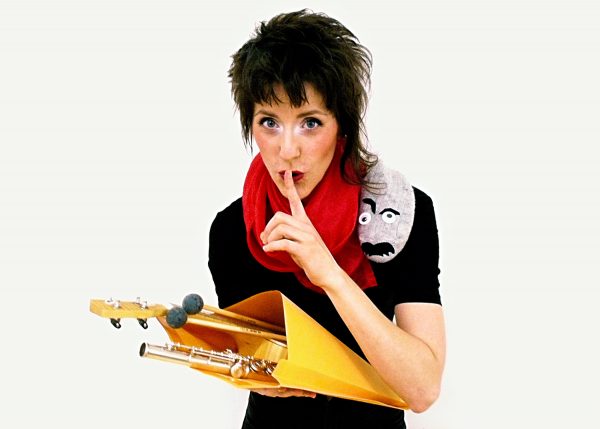 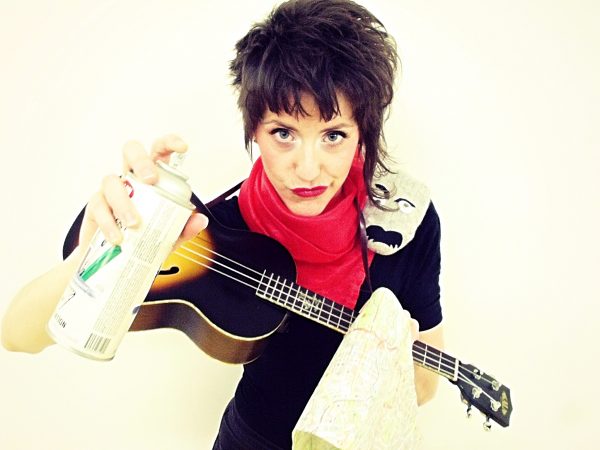 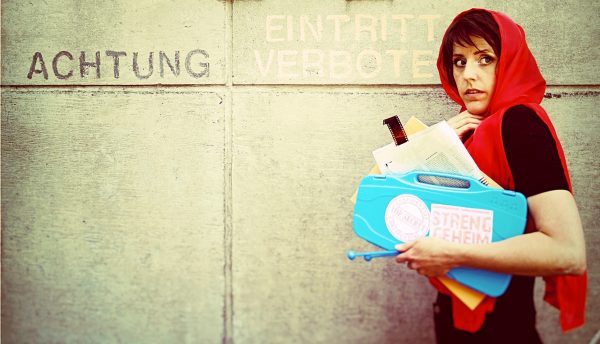 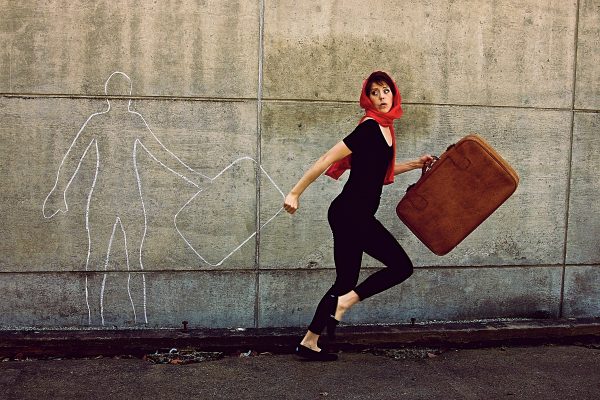